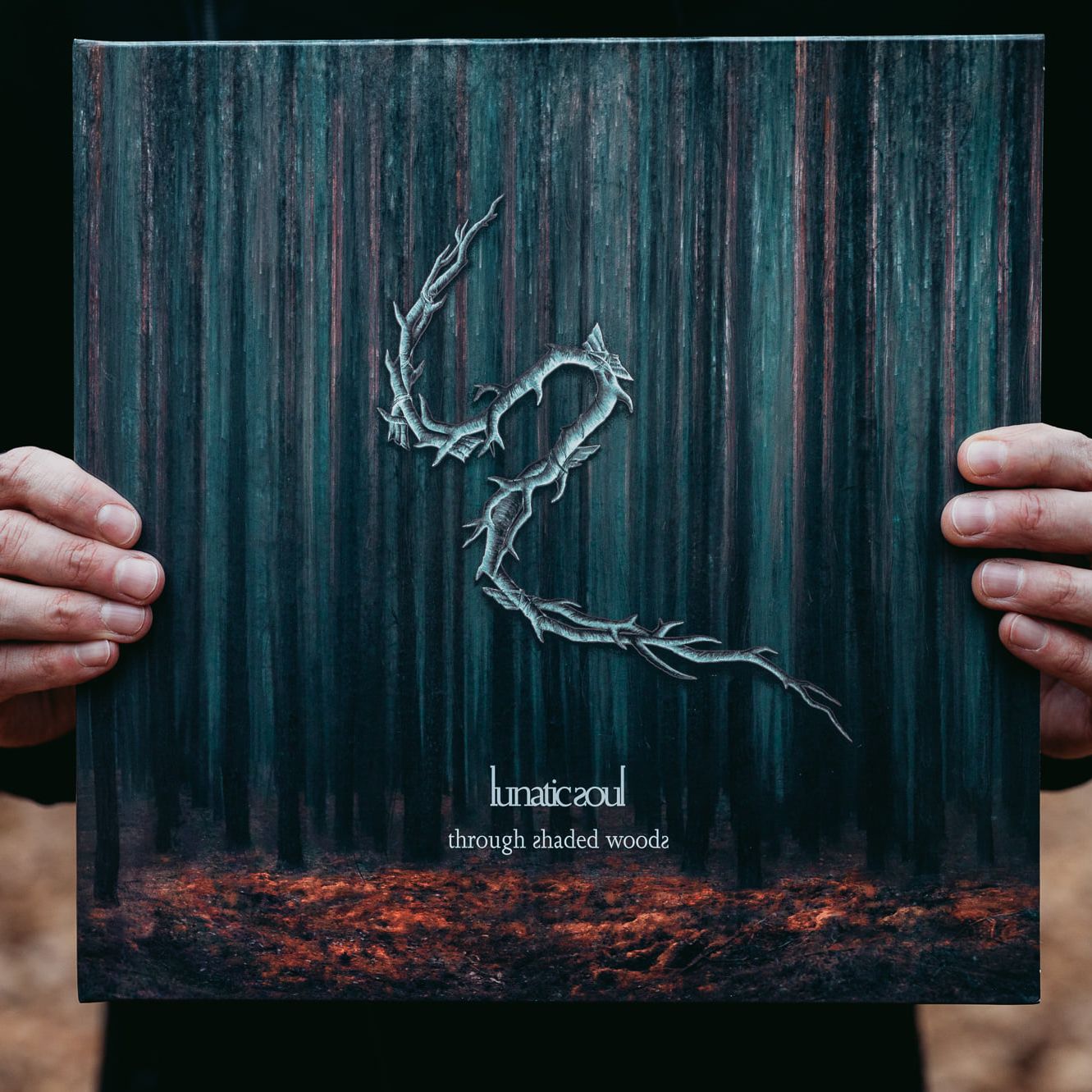 It’s been two weeks since the release of the new Lunatic Soul album. From what I can see, you really like “Through Shaded Woods”. Thank you for all the positive opinions and reviews.

The album is important for me for a few reasons:
Firstly, I finally managed to record a folk album, or folk-rock, if you like.
I have already proved myself on many different music levels. I’ve played rock, metal, pop, ambient, even more or less intelligible electronics. It was different with folk. There were folky bits and pieces here and there, but it never dominated. And now it does.

The second reason is “brightness” and “positive message”. I have specialised in darkness and overwhelming melancholy, and it’s not as challenging for me as it used to be. A challenge now was to create something positive, or at least with a positive tone. I think that’s what remains after listening to “Through Shaded Woods”, a positive tone.

Thirdly, it’s basically my first album on which I played all the instruments myself. OK, I did that on “Lockdown Spaces” too, but there were mainly keyboards and a drum machine there. On “Through Shaded Woods”, I used all the music accessories at my disposal. And I have to admit that making a solo album without any guest appearances is a true challenge. I’ve always held in high esteem the multi-instrumentalists who record their solo albums on their own. So I’m really grateful to Magda and Robert Srzedniccy for their help and producer-spiritual support in this extraordinary experiment.

The fourth reason is that the album contains the longest composition in my career, “Transition II”, and I have always wanted to create such long music stories. I think that listening to the album in its entirety, in the extended version, allows you to properly soak up the atmosphere of my new folk-witcher world, so I do encourage you to get to know the extended edition of “Through Shaded Woods”, which includes this composition.

The fifth, although perhaps not the last reason, but I don’t want to ramble on – the album is released in difficult, troubled times, and the message is exactly what I wanted it to be: “don’t give in”.

Will the album stay with you for longer? Will it be helpful? I’d like that. A big thank you goes to everyone for continuous interest and support. For buying the physical release of the album, for interacting with my music.
Be healthy, be beautiful, and don’t give in to any physical or mental viruses!.