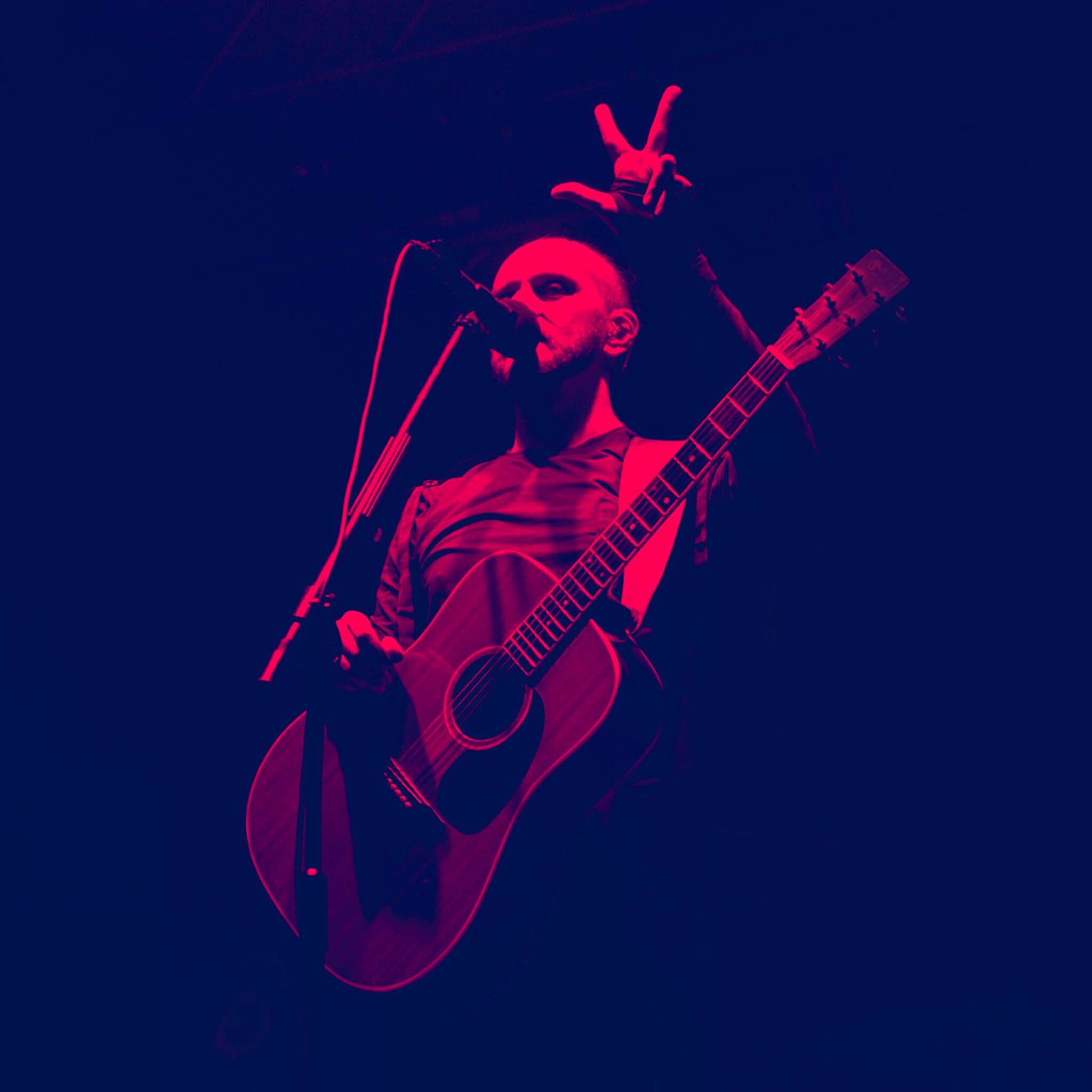 Before I know it, January 2020 has almost ended and I promised myself and you that I would share some reflections for 2020. Recently, I’ve been spending a lot of time in the studio, which wasn’t easy because Riverside are touring like crazy, but, against all odds, I managed to find some time for thinking through and recording some new ideas.

As you will remember, when I was 33, I started a music project. On a whim. Out of necessity. Lunatic Soul has done pretty well because I managed to create music which is different from what I do in Riverside.

Recently, I turned 44, so I think it’s high time for another music world.

One might ask, why do I need another solo project if I have Lunatic Soul? Well. And why did I need Lunatic Soul if I had Riverside? You might not know it but the artists who have not fulfilled their desires, dreams and ambitions are the most frustrated people out there. Some of them end up really badly – for instance, as journalists. So if one has a chance to fulfil one’s plans on multiple levels, then, as long as one’s wellbeing and climate changes allow, one should enjoy the possibilities. This time, however, I’m not going to play with any nicknames and I’ll simply sign my work with my own name and surname.

I am most of all a creator of complete entities, at least that’s how I feel. I make albums, recordings, I tell stories. I always begin with a title, a cover, a colour, and then I fill that framework with sounds composed alone or with the help of my friends. That’s how it works in Riverside, that’s how it works in Lunatic Soul. When I’m making music, I want the listener to feel as if they are watching a film at the cinema. Experiencing something that has a beginning, a twist, a climax, and an ending.

At least not yet.

First of all, I don’t want to rain on my own parade, and secondly, I would simply like to try something new.

I’ve decided that as “Mariusz Duda” I will release only singles, individual songs recorded with the help of my friends and colleagues. From time to time, in between R and LS. Of course, there will come a time when I will put them all together, add twice as many and release them on an album. But until then, I’ll be showing what’s possibly my greatest strength: being a songwriter. Therefore, the songs will be centered around vocals, acoustic guitars and piano, that is what I started from.

Riverside is a typical rock band which, no matter how much I keep denying it and making fun of it, will always be marked with the stamp of “progressive rock”. And so let’s have long tracks, elaborate guitar solos, concept albums and the like. Naturally, there will still be some experimenting, but.. some things simply cannot be changed. Lunatic Soul is my love for ambient, darkness, folk and electronics. It’s a strange style but let’s allow the strangeness to grow and develop. “Mariusz Duda” will, in turn, play songs. Those, that have always worked out best for him. Those that sound pretty and go under your skin. And so each of the music worlds will have its character, its law and order. Soon, there will be a website where I will put all my music endeavours to date in one place. It might help some of you, but mostly myself, wrap my head around how it’s all developed over the years.

And in mid March I will share with you the first song.

Finally, let me say a few things about the new plans for Riverside and Lunatic Soul. Thinking about the future solo “MD” songs has allowed me to look more objectively at what has been happening with Riverside and Lunatic Soul. Two separate worlds have come dangerously close together. “A Thousand Shards of Heaven” or “Untamed” could easily be Riverside songs. “Wasteland” is, in turn, really saturated with the essence of Lunatic Soul. And although it turned out fine, I know that I will have to keep both worlds furhter apart for the respective future releases.

That’s why the new Lunatic Soul is turning back towards the first two albums and it will be more folk than ever before, and Riverside will go back to playing the kind of music you know from the first four releases, but in a refreshed form forged in the last decade.

It seemed to me some time ago that I have already experienced the best in life, but now I fee that everything is only about to begin. I’m really glad that in these difficult and troubled times I can still count on your trust and support. Thank you for being there. Thank you for letting me be who I want to be.